It’s funny: as I share what I learn about dating and seduction, I keep running into men who wonder how to break through the “invisible shield” some women put up. You know the situation: you approach a really cute girl, and she gives you an attitude. “Sooooooo?” she asks, turning up her nose. “Are you desperate?”. Come over here, I got something else to ask you: are you serious!? Don’t you have standards? I’ll tell you something: the best way to break through that attitude is not to invest any more energy into that woman. I’ll answer how to approach cold women shortly, but first, the reaction you should adopt if she is rude to you. 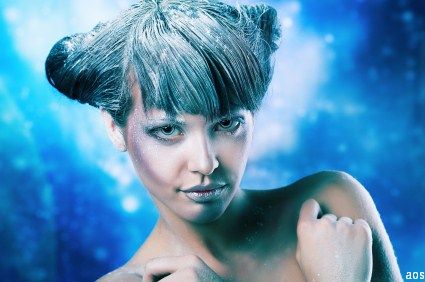 Yeah, I heard all the theories: beautiful girls get approached all the time, they put up an invisible shield to weed out the dorks, they are bored or annoyed by all the men hitting on them, or hey, they may just have a plain bad day. Fine, but you know what? In your reality, this kind of behavior just shouldn’t fly.

Here’s how you can react:

Put simply, your frame of mind should be that if she doesn’t have the decency to be nice, she is not NOT worth your time. I don’t care about her reasons, and neither should you. There are tons of women out there, and she just kicked herself out of the game.

Usually, if you call her out on her unacceptable behavior and walk away, she’ll come after you.

Yeah, you read that right. You just broke through her barriers. You know why? Because

a) She didn’t expect a man to stick to his own reality, his standards.
b) She wants what she can’t have.
c) GIRLS ARE COMPETITIVE

She just realized that she’s losing you to another girl. There’s a good chance she’ll follow you and ask: “What? Why are you leaving ?”, or “I’m sorry I was just having a bad day!”. This is when you tell her that she’s not a friendly girl and that you don’t go for her kind. You’re glad you found out right away, before investing your energy in her, and you’re now going to find a nice and friendly girl. Simple as that. Although sometimes they’ll actually warm up quite a bit and you might want to give them another chance!

You can be polite about that. Don’t get rude in return, but be firm and clear.

It’s about your standards

Even though your reaction will clearly show her that her actions have consequences – something she probably rarely gets from men – this is not about teaching her a lesson. This is about you having standards.

This is the most important thing about what I just told you: this is only going to work if you really MEAN it! Sure, you may get some “leverage” by learning this material by heart and repeating it, but seriously, if it’s not your conviction, you may as well leave it alone. For your own good, realize these two things:

1. You actually ARE good enough to find a nice, friendly girl
2. There ARE plenty of nice and friendly girls around

There genuinely is no reason for you to stick around a girl that’s giving you a hard time, an attitude, drama, rudeness.

Get it? It’s ironic and counter-intuitive, but having better things to do with your time, that’s how you approach cold women that put an invisible shield up around them! The clue is that you are not trying to “get” her attention, attraction, affection. You are walking up to her because she looks nice, and you want to “offer” her these things. If she behaves bratty, she loses that privilege. You extended an invitation, now you’re retreating it. Remember: I’m not telling you to kick women around or become macho. But be a man and assert your values – it will actually make you more attractive.

Guys that cold approach women at the gym what are you saying to them?

I don't usually cold approach at gym. I prefer to get to know early the people who work there, trainers or other staff, who in my experience are usually quite open to talk. From there, especially if you're a regular, it's not that difficult to get to know other people, both men and women. Often it will be trainers themselves who will present other people to you, and the fact that you are already friend with someone who they know will give them a better attitude towards you. Girls at gym are approached quite often, so it can really help having a bit of "status" in that environment and not being considered some random dude who's hitting on her.


Re-reading my post it seems like it's a systematic process, but please don't take it that way. I think this will all come naturally if you are a regular at the gym and are sufficiently sociable.


If you want to cold approach some stranger, a nice way to open is asking something about an exercise they're doing. It works even better if you're genuinely interested in what you're asking. You're sharing a common interest in the end, which is fitness. For example, the best suggestions I ever received about doing abs came from what seemed to be a stripper ahah.

How effective is cold approach when it comes to meeting women?

Talking to women (or anyone) is a skill that must be honed through practice. Cold approaching is a fantastic way to build your confidence so when you meet someone you want to impress you're relaxed and already have familiar content to talk about.

This approach can be just as lucrative as meeting women in a bar, in terms of getting numbers.

Once the momentum starts its really fun.

Why do women respond better to men who cold approach them?

When do you do a cold approach as you said it shows the top 10% confidence. That's just like you seeing a HB9 in yoga pants. Hope this makes sense.