I just read someone’s blog entry talking about how they were using all sorts of means to find a guy who was…..decent. That was nearly a direct quote. I have to say that I found that odd. Of course I have to acknowledge that people sometimes let stuff out that isn’t exactly what they mean. Problem is….the reader doesn’t understand or know, so I’m going to be cool and give her the benefit of doubt and assume that she really meant something else….

Let’s start at the top with my full disclosure statement. I am not taking offense since I’m not even a guy. It’s not personal for me, it didn’t strike a sensitive chord, or hit me below the belt. So strike out all of those personal and illogical reasons. 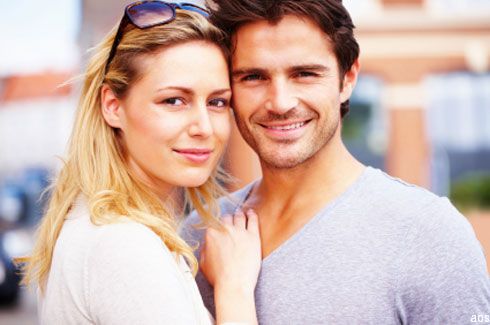 Okay, so I’ll put aside my annoyance because reading rants is not fun or enlightening (but she should know better given who she is….)

The word “decent” is one of those fuzzy ones too….like what is the universal definition of that word? I know my definition, in the way she was using the word, is anything but what most people would consider a mainstream guy. So let’s face it, the word decent has connotations. When I read decent, it really puts it into a framework of good/bad, superior/inferior, good enough/not good enough and in reality finding a partner is not about that at all. Not at all.

It’s About Alignment Not Decency

But the real point is not even about defining decency, it’s about being on the wrong track. When you’re looking for a partner to date or connect with long-term, it’s not as if it’s hard to find a “decent” guy or woman. My definition of that term is vastly different from many women…I like very unique men. (See what women want from men) Beyond that, I know lots of very decent guys that do not interest me in the least. They are great men but they are not the crazy mix of qualities I am looking for. They are selling something different. To a lot of women, a man’s responsibility, industriousness, kindness are the key features to the definition of decency. Now just because they are not in my top three doesn’t mean I don’t value those qualities. It also really doesn’t mean that those aren’t “decent” qualities, they just aren’t my personal top qualities in someone I want as a partner.

What we’re really talking about is alignment and connection. (Read how to connect with women)

Operating on the Same Frequency

We are all looking for the people we can resonate with, those who are in our “tribe” and those are the people who “get us”. The guys who don’t get me can be super decent, they just aren’t working on my frequency. And I don’t fault those men for not digging me or “wanting” me…we aren’t really aligned and it’s cool. If I was aligned with even 50% of the men, how the hell would I choose? At least this helps narrow down the choices, right?

And then, if we did align with even say 35% of the people we could partner with, the whole serendipitous magnificence of finding that one person who falls into your small universe and in doing so flings open the screenless window to let in the butterflies, and makes you forget about food, and makes you sigh with wonder, wouldn’t happen in that same magical and mystical way. It would be another ho hum gig. Getting into a groove spiritually and intellectually and chemically with another person and letting the ego walls down enough to let them really come on in, is one of life’s most magical gifts that can keep on giving.

So, no, don’t refer to this as finding someone “decent”. It’s wrong to define it this way, doesn’t give due respect to the great people that you just don’t happen to align with, and then to add further insult, it takes away all the magic of the way soul connections happen and the fairy dust that is love.

So when you hear a misguided woman say this, just try to remember, she’s just confused.