Finding a date is easier than ever. All you have to do is log on and start swiping; with enough time and patience, you’ll eventually land yourself a date. (I’m assuming you’re not a creep; hopefully I’m not mistaken.)

But while finding a date is easier, dating as a whole is more unfair than ever.

Once upon a time, all a gal had to do was head to the sock hop, buy herself a bottle of Coca-Cola and wait; in no time at all, she’d have a gaggle of swell fellas in suits and responsible haircuts and throwing their hats in the ring of courtship. 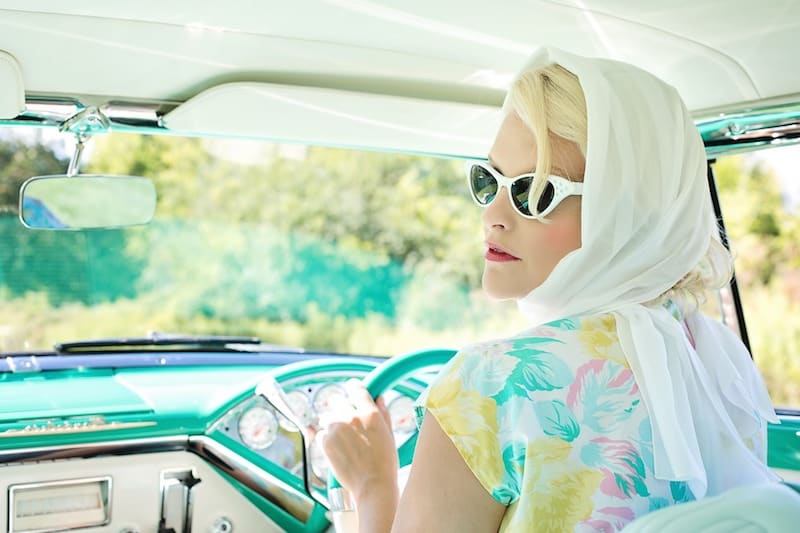 Now, however, the landscape has changed.

Even if you’re not concerned with your potential partner’s level of formal education, they might be — some guys are uncomfortable dating a woman who’s more successful than they are. [R]

The study shows percentage wise by how much women under the age of 35 with at least a bachelor’s degree outnumber men of the same age with equivalent degrees in selected cities and the US as a whole.

There’s also the societal expectation that women be “beautiful” at all times, just in case a man — preferably one in a suit and a responsible haircut — decides he’d like to make her his betrothed. So while guys can walk to the store in a bathing suit, a raggedy-ass t-shirt and dirty old shoes without a care, women don’t have that same leeway.

Overchoice Is A Burden Too

A lot of guys bitch that “women have it easy!” when it comes to online dating because women receive far more attention from guys than vice versa. But that does lead to “overchoice”: the more options you have, the more difficult it is to pick one.

I know that sounds like a good problem to have, but having too many options can be just as disheartening as not having enough.

…And It’s Unfair For Men

Men don’t have an easy road, either: they’re expected to engage in traditional manly-man behavior, but also maintain a softer side. They have to defend a lady’s honor, but also let her fight her own battles. It’s a thin line to walk (although I do it admirably).

There’s also been a shift in gender roles when it comes to dating. Generally, women are taught to be more demure and indirect when it comes to relationships and let the man take the lead. [R]

Many women believe that approach to dating turns them into bystanders in their own relationships (for what it’s worth — probably nothing — I agree), and they want a more active role in dating. But because it’s not common for all women, the pool of guys who understand and are comfortable with this approach to dating is limited. That’s why some men prefer women to make the first move, but only 29% of women initiate the first kiss, and only 13% of women ask for a guy’s phone number. [R]

Like women, men are raised to behave a certain way in dating situations. They’re supposed to make the first move and take charge, BUT, they also have to do it in a way that’s respectful and doesn’t trample all over the woman’s agency. It’s not impossible to do, but it can certainly be tricky, especially when the general attitude is to “just go for it, BRO.”

Even something as innocuous as holding the door for a woman can be perceived as antiquated and misogynistic behavior, depending on the woman. (It’s not terribly common, but it does happen.)

Women receive nearly 300 likes on dating sites for every one like a man receives. And I’m sure there are some dudes out there clamoring that it’s bullshit that chicks don’t wanna bang me, they’re all bitches who don’t realize how nice I am. (If you’re one of those guys, I’m genuinely pleased if I offended you.)

But even if you ignore the overchoice problem, guys hound women on dating sites. Sure, it sucks to open up Tinder and see no new matches or messages, but opening up Tinder to a festival of unsolicited dick pics isn’t exactly a walk in the park either.

These statistics show that it is young women who experience the most severe forms of online harassment (i.e. sexual harassment). Think about how that may effect your chances of getting future dates the next time you engage in this behavior.

Online dating is great because it affords you the opportunity to connect with people you’d probably never encounter otherwise. But the flip side of that coin is that when it comes to online dating, you have no guarantees of anyone’s authenticity.

In the analog era of romance, you knew what you were getting before you agreed to the first date — you’d already talked to them, you’d confirmed (hopefully not verbally) that you both found each other physically attractive, and there was a mutual spark. Every once in a while, the person you thought was so charming during your first conversation would turn out to be a pile of hot garbage, but that was fairly rare.

That attractive guy you met on Tinder could look the same way in person…or he could be a bridge troll. That witty girl you chatted up on Bumble might live up to your expectations…or she could turn out to be thunderously boring.

The study found that 9 out of 10 lie on their dating profiles with the deceptions being small enough it would be hard to detect face-to-face.

Nobody is really “themselves” anymore, at least not up front. Whether we admit it or not, we operate in two modes: Dating Mode and Regular Mode. In Dating Mode, we’re effortlessly witty, we’re charming, we go on cool vacations, we angle our cameras and take 15 different shots of the same picture to hide that imperfection. In Regular Mode, we’re stressed, we’re tired, we’re broke, and we have to fart.

So What Do You Do?

You have two options.

You can hold your breath, stomp your feet, tell everyone in earshot that it’s just so damn hard to find the right person for me, write angsty Facebook posts, turn to pickup artists for tips, and take Instagram pictures of the empty spot next to you in bed with a pouty face.

“Moaning about how unfair dating has become is a waste of energy and won’t change a damn thing.”

By all means, feel free to do all the above — just know that it’s not going to change a damn thing. OR, you can…

Adapt & Change Things For The Better

Yes, dating is more unfair than ever. Yes, it’s hard to navigate. Yes, you’re going to say or do the wrong thing, and yes, you’re going to be endlessly frustrated by it. And you’re going to be fine. We’re all in the same boat — nobody has the secret to dating, and anybody who claims they do is talking out of their ass. All you can do is accept that it’s not easy, do your best, and enjoy the ride. It’ll all work itself out in the end.

And if it doesn’t, there’s always booze.

Here are some more sources on the balance shift of dating between men and women.

This article went out as part of our newsletter and I absolutely love feedback like this:

Why is online dating unfair towards men?

Is it unfair of me to want at least some commitment before sex when dating?

It's refreshing to hear a young guy who has values and principles and sticks to them. Whatever your reasoning for holding back a bit on the physical part is totally up to you and only you.

Here's the thing though...you're pretty young. You might be pretty mature for you age but most girls at 23 or so are not looking to 'settle down'. They might be looking for a monogamous relationship but probably not ready to be thinking about rings and baby names yet. Not saying you can't find someone who wants the same thing but just given the age, most people are just not there yet.

As far as why 75% of your interests end up giving you the friend speech, not sure but I wouldn't immediately say it's because of your dating preference, unless you're just so up front about 'settling down' that you're scaring them off. I hope you're at least letting them "bite the hook" before dropping the deep stuff on them (bad analogy but couldn't think of anything better at the moment).

Is it unfair for me to feel devalued and hurt for his dating patterns?

My two cents, not trying to be rude but maybe words chosen are maybe a bit harsh:

In your eyes it is not morally acceptable to date that young people. I don't really get your exact point from the text what is the thing that bugs you about this behavior. Is the core issue clear to yourself? If you think that behavior is not okay why is it some issue between you and him and not only between him and the girl? If the issue is about you, that you feel devaluated, then it sound a bit like poly issue.
What do you expect from your partner in reference to you? What do you expect how he treats other people?

It sound a bit that you are trying to force your world view onto your partner. Reaction of this is that he feels not respected (I would expect that if my partner is telling me my behavior is wrong based on a gut feeling).


What I find still a bit confusing that you are around that age which you criticize.