One of the first things that guys want to learn when improving their skills with women is how to get a girl’s number. As if getting her number was a way of measuring how successful you were with a woman, they wonder why these girls don’t answer their phone calls or why they are having a difficult time getting a date afterward.

Getting a woman’s phone number is easy, but by itself doesn’t mean anything. If instead a girl gives you her number because she really wants you to call her, that’s a whole different story. The big difference is whether or not she’s giving you the number simply because you asked, or because she’s attracted to you and wants to see you again.

Getting a number without asking for it

Here’s how to get a number without even asking, and to be sure that she’s giving it to you because she wants to see you again.

First, you’re going to want to look care free, very open and sexual. I know this sounds basic, but every time a girl offers her number without the guy asking, there is some very instinctive physical attraction happening. If you compare a guy dressed in a suit to a guy wearing ripped jeans, the guy with the ripped jeans will be the victor every time. 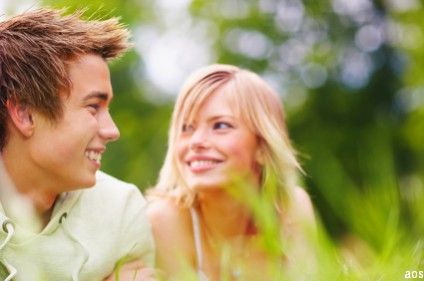 The trick is to look very approachable while creating desire in the woman. When she gives you her number, she’s putting herself on the line, so if you look too classy, it will be more difficult for her to handle any possible rejection. Contrastingly, if you look a little on the hot/trashy side, she can just write off as a little mistake she did because she was attracted to you.

The second rule of getting a number without asking for it is to clearly build up attraction without hinting that you’re going to ask for her number at the end of the interaction. If you really want her to chase you, you can’t suggest that you would have fun doing an activity in common in the near future. I hear a lot of guys doing future projections: “Imagine we were both hiking together in the Alps…” or “We need to go rock climbing…” which can be great because they’ll get her imagining you two together, but unfortunately she’ll also EXPECT you to get her number at the end of the conversation, thus putting the ball in your court.

Instead, the best way to approach any conversation with her is to tell her about the exciting things that you do in your life. Make her want to be a part of it, and in your stories mention how you always go with different people. Simple things from how you had ice cream with a friend, to biking around the island, to salsa dancing in the evening, make your life so interesting and diverse that she’ll want to be part of it.

Remember that she has to feel as if you’re not going to ask her for her number. If she thinks that you’re going to get her number at the end of the interaction, she’ll never give you hers without asking. Make her feel comfortable with you, hint that you’re not seeing anyone without outright saying it and let her know that you’re not available for a long time. Putting on a long term false time constraint, such as “Ahh, i’m leaving in 2 weeks” will make her much more at ease to give her number, because even if you reject her, you’re gone in two weeks!

Your Moment With The Girl

Finally, you have to figure out a way to isolate yourself from the crowd so she has a chance to discreetly give you her number. If you’re with your mates during the whole time, she’ll never have a chance to give you her number even if she wants to. So take a stroll to the washroom, take your time and look around the area you’re in. What ever you do, give her opportunities to be alone with you and get her to chase you.

More often than not, if you’ve built up enough attraction and followed the previous steps, she’ll be dying to give you her number. Will she? Yes from time to time, but women have been so programmed to be asked their number that it’s difficult to reverse it. This is where you come in, flip things around ask for the number instead.

You’ll get a girl’s number every time and she’ll WANT to give it to you because she’s been thinking about giving it to you for the past 5 minutes! The difference will be night and day when you call her as well, she’ll look forward to going out with you again. Once you master this, you’ll clearly see the difference between “just getting a phone number” and “getting a girl to run after you to give you her number”, one’s way better than the other!

Guys how does one get a girl's phone number?

I prefer to dodge any conversation with her and shyly look away when she looks in my direction. It's been working, I think.

What's a good way to get a girl's number?

How does raskmen get a girl's number?

"Hey, I gotta run but I'd like to continue this talk later over a beer/coffee/donut. Can I call you sometime?"

How exactly do you get a girl's number?

You're overthinking this way too much. Chill the fuck out. Say "What's your number?" Don't explain yourself.