Old story: I was waiting at a bus stop. A cute girl was standing close by, and I liked the way her eyes looked. I was working on “direct openers” at the time, that is, approaching girls without any false pretenses, so I walked over and said: “Your eyes look beautiful. You’re using just the right amount of Mascara.” She laughed. “I haven’t slept all night, it’s so nice of you to say that!” And off we went into a conversation, and I got her number. (See how to get a girl’s number) Yeah. It was pretty simple and all it took was taking the first damn first step! This is how to break the ice with direct approaches that won’t leave you in the cold!

What is a “direct approach”?

Let’s just be clear on the terms here. You probably know this, but let me remind you: a “direct approach”, as opposed to an “indirect” one, is when you state your interest in the person you’re talking to right away. 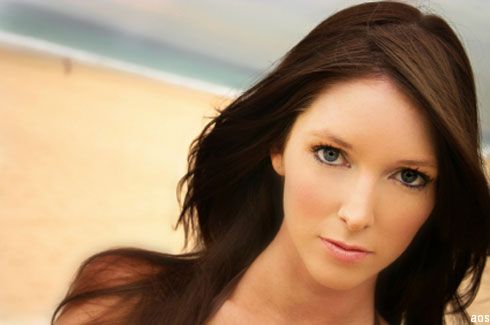 “Indirect” would be asking for directions, then “noticing” something about the girl, then asking her about that and slowly moving forward to more personal subjects.

“Direct” is something like: “I noticed you were cute, and I wanted to talk to you”. Bam. Right there. No bells and whistles, no BS.

One thing is easy to forget. Even when you use a “direct” opener, there is still some sort of initial interaction – no matter how small – that goes on before it. A line like “I just noticed you were cute…” cannot be the first thing that happens in the interaction with a girl.

It will help to think of opening as a transition between two states:

You could try jumping from one to the next, but it’s not very smooth and you may have a rough landing. There needs to be something in between – like when you get new fish for your pond, you don’t just dump them in, you put them in a bucket with a mixture of their previous tank’s water, and the new water. Here are some examples of a transition:

Get the point? Now, feel free to come up with your own “attention-getters”. And guess what you do right after that? Right: nothing. For a couple of seconds. You’re in no rush. Look into her eyes. If you need more, then read what to say after you’ve said hello.

NOW you can deliver your “direct” line.

And let me give you another piece of advice (I’m going to stray a bit for that one, but bear with me, it’s valuable):

“The economy of words”

Sometimes I think too many people in the world are making to much pointless noise with their mouths. All the crap that’s uttered when so little is really said. Me, I only speak when I feel I have something to say, and after that, I will fall silent again.

When you talk to a girl, you may feel inclined to say as many witty or interesting things as possible, regardless whether you know what the heck you’re talking about. Bad move. When you have nothing to say, you know what? Just shut up. If she enjoys the conversation, she will pick it back up.

If you read Gandhi’s autobiography, and he has a full chapter about his own shyness, called “Shyness my shield.” I think he put it quite well:

“My hesitancy in speech, which was once an annoyance, is now a pleasure. Its greatest benefit has been that it has taught me the economy of words. (…) Proneness to exaggerate, to suppress or modify the truth, wittingly or unwittingly, is a natural weakness of man and silence is necessary in order to surmount it.”

In other words, don’t speak just to hear your voice. Most men nervously talk too much because they are scared of having an “awkward silence”. Instead, concentrate on her and speak only the truth.

Only speak of what you can see and understand

“Your eyes look lovely.” You know, this is an honest, authentic statement. You’re seeing something that pleases you, and you’re calling it as it is. This kind of approach is incredibly powerful, especially in the daytime (Read how to meet women during the day), when it takes most “balls” do to it – the rewards will be great. You know how to break the ice using direct approaches now, but do remember: you set a tone for your interaction. You presented yourself as a guy who will speak his mind. Avoid pointless fluff in the interaction that follows. You already got to the point once. Now stick with it.

How to break the ice in hostels?

Most people in hostels are beyond open for conversation and to make a new friend. If someone is sitting on their phone in the common room or in your dorm, 9 chances out of 10, theyre not actually busy and would love to shoot the shit. Don't be scared to say hello or ask a question like how long theyve been in the area for and if they have any recommendations. Its not like back home(US here) where its seen as odd to strike up a conversation with a stranger. While traveling, its encouraged and necessary.

How to break the ice with a reddittor?

How to break the ice with a girl from class?

Find her after class and chat her up. Pick something weird about the class so that the conversation starts up interesting. Then, just talk to her and be friendly. Don't force anything, don't push to ask her out or anything.

At the end, say this "Hey, I think we get along pretty great. Some common interests and whatnot, but I think it would be a shame if we left it as is. So, how about I get your number and I'll shoot you a text later on". Don't ask, assume she'll already give it to you in the way you say it. Then, it's all you

How do you break the ice and get to know each other?

How to break the ice with a girl?

Don't be so nervous, to be honest she's probably equally as nervous as you.

Ask her questions like what she's been doing since the last time you met. Tell her what you've been doing. Catch up. If you've already done that, there's so many topics you guys could talk about like school, family, hobbies, etc.

Hope I helped a bit!