I have an Italian friend who moved to Toronto, my current hometown and she’s been living here for 2 years now. After her first few months, I asked her: “So, did you meet some good men here yet?”

She sighed: “Dude. Guys here are lame. Back home, I have to fend men off with tennis rackets, but here, they don’t even whistle after me.”

She was sorely disappointed. I’ve been wondering ever since whether there really are that many kinds of seduction around the world – and it’s funny, because I find that over the planet, cultures may be different, but you know what? The ground rules stay the same. That’s because we’re humans, and human nature works the same across any borders. 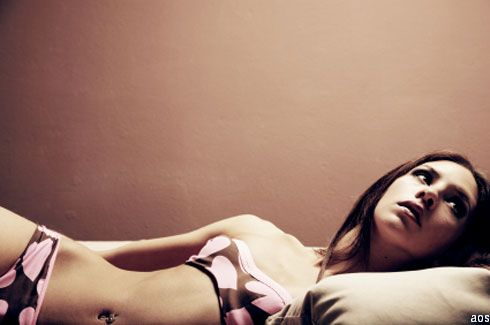 My friend has since found a great boyfriend, and she’s somewhat revised her opinion of Canadian men. See, her first point was that in Italy, men are quite forward and open about enjoying sex and being into a woman. “Nobody here notices me“, she had said sadly. Over time, some Canadian men did notice her after all, and guess what: they got her attraction in return!

What I’m saying is: you don’t have to be Italian to be a desirable man, and you don’t have to adapt to a certain country’s “dating rules” that much either. It does help, though, to learn to be more “like” Italians: bold, open, outgoing, and, damn it, direct.

Just say something to the girl! And don’t make any excuses for being a man. Walk up to her, tell her you noticed her, she’s cute (or lovely, beautiful, hot, choose whatever word you’re comfortable with!) and you want to talk to her.

Look, let’s make a little excursion to give you something more to work with. But rest assured that at the end of it, we will come back right here.

I won’t deny that the cultural context in which you grew up will determine a great part of your personality. There are dating “customs” in every country that have grown over hundreds of years, especially in countries that have a long history and, with it, a very strong identity.

You never actually realize it, but within you lies a very rich cultural heritage. The music you listen to, the kinds of food you like, the kind of women you fancy – a good deal of these are influenced by how you were brought up.

Now here’s the thing: what do you do when you’re in another country? Should you adapt to that country’s “dating rules”?

In fact, this is when your own identity as a German, Spaniard, Frenchman, Chinese, Korean comes in especially handy. The stronger you are grounded in who YOU are – and this encompasses so much more than your cultural upbringing, it means you as an individual – the better your chances will be to attract women.

So don’t waste time bending yourself over to “blend into” a country’s style. Because in the best of cases, it will make you just another boring fellow countrymen (girls can get those any day), and in the worst case, it will make you a faker.

Don’t you think we Germans get tired of all the German girls with their German features and German thoughts and German culture at some point? Trust me, it doesn’t take long until we get really excited about that cute Chinese, the exotic Iranian or the seductive French girl. And our girls LOVE latin lovers! And black guys! And Japanese!

Still, you need to understand that just relying on your country of origin will not help you to seduce women. It’s the same as relying on your money, your looks or your yacht. If you’re a scared, boring moron, it doesn’t matter who you are. So let me reiterate for you: seduction around the world will eventually work the same as right in front of your doorstep. Men are successful with women, little scared boys… not so much.