Look up 20 personal ads and you’ll know what girls want a man to be. Funny! Charismatic! Stable! Sensual! Passionate! Mature! Smart! Ring a bell? But there’s a problem. When you become funny around women, they only like you as the dorky best friend! You try to be sensual, they get creeped out. You tell them all about your stable job, they turn their backs. Frustrating, huh?

What do women want, then?! Here’s the answer: they want a man who knows what he wants – and gets it. Does this contradict the attributes I mentioned above? No! And I’ll tell you why – after this.

Know what you want, and get it

I think the main problem about love is that members of both sexes negate their personality as they try to win the favor of whoever’s around and vaguely fits the bill of what they yearn for – which would be, uh, well, like, I don’t know, sorta, love, I guess. They obsess about that person, determined not to screw up this one lead. Well, you know what happens? 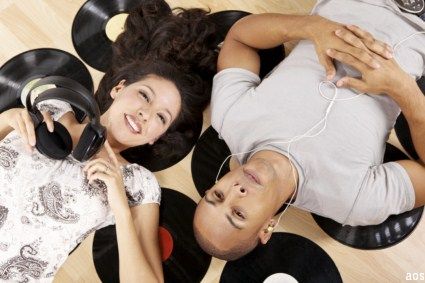 1.They screw up this one lead
2.They miss out on all the awesome people they could meet

No pain, no gain.

Women want a man that knows precisely what he loves… but here’s the catch: they want that to be them! Women want you to love them for exactly who they are. For instance, if you like tall, athletic, blond women who are a bit of a geek with a quirky sense of humor, then go find one! Everyone wants to be adored for who they really are, nothing more, nothing less.

Here’s the problem with most women you’ll meet:

I’m sorry to break this to ya, buddy: but if you pick whoever’s around then it is very likely NOT the best person you could have. Sure, you can probably hit it off with that frustrated, horny girl you meet at a friend’s party, and hey, at least she kind of likes the same movies you do. I’m sure you both agree that your partner will do the trick until someone better comes along. But be honest with yourself: is that the way you want to live? Hey, funny, I just mistyped that as “love”. Hang on, let me spell that typo out: Is that the way you want to LOVE?

If your answer is “no”, then you should get three things straightened out right now:

Get a precise idea of your values and standards

I mean this. Get yourself a notebook and fill in the following sections:

Keep updating this notebook, and read it every morning. It’s counter-intuitive, but doing this will transform you into the man that women really want. You’ll be drawn to find this woman, and in the process you’ll become the man she wants you to be.

Get the social circle you want

Seriously, what’s with the idea that the people in your immediate environment are the best you’re gonna have? There are 6.7 billion humans on this planet! You have all the choice in the world, so why waste even one more minute with people you don’t really care about? I’m sure they’re great, but they’re not your kind of crowd! That’s right. Get your butt out there and create a social circle that YOU appreciate. If you can’t do that, you can’t even begin to get your kinda lover.

Women will unconsciously judge a man’s personality by his social circle. In many ways, that will be an accurate estimate, too. Women must like your world, and that includes your friends and family. So get good friends, it will help you out more than you can ever imagine with women.

Do not stop until you get the lover you want

Apply the same kind of scrutiny to who you pick to share your precious time with. What do you want? Be clear about this! Do you want some ass-grinding on the dancefloor and a one-night-stand? Then don’t talk to her about her favorite food for hours. Get to the booty and see if she complies! You want a genuine vibe, understanding and casual sex? Qualify and then lead her. There’s a partner out there for every need! Don’t waste time with the friend of your best friend who just happens to be there, when the one you WANT is sitting at the bar waiting to be approached. I know it’s been repeated over and over, but women want you to know what you want and for you to be looking for it!

Should you tell her what you want as a man?

Well yes and no.

For one, she’ll already know. Women are very perceptive and if you really like her, she’ll feel it. Of course, it’s alright to tell a girl a specific reason why you like her but don’t go gushing over why you like someone as soon as you’ve met them. For one, you don’t know them enough yet! The worse thing you can do is break down and start confessing your love for a hundreds of reasons… especially when you don’t really know her.

If a girl tells me she likes me because I’m smart, but I just met her 5 minutes ago, then I know it’s based on absolutely nothing. However, if we’ve known each other for 3 years and she lets me know, then it has an entirely different meaning.

So what’s with the whole “Smart-funny-mature-sensual” we had at the beginning, when we asked what do women want? Well, I’m here to tell you it still applies. See, the thing is, all these attributes will come naturally when you know exactly what you’re looking for in a woman. You’ll radiate a sense of certainty that most men don’t have and women crave.

Women of ask men being honest what do you want to know about men?

Ladies, subreddit rules still apply to posts. We can't tell you if the guy in your history class is madly in love with you because he accidentally looked at you twice, of if the barista wants to fuck you because he doesn't charge you for an extra shot.

Those types of questions will be removed.

What do guys really mean when they say women can have sex whenever they want?

I want to chime in here as a guy who goes both ways, and has experience in the straight and gay dating scene. I feel like we can better understand male-female interactions by comparing them to female-female and male-male interactions.

In my entire adult life (let's say the last 12 years), I have been solicited by women 4 times. By 'solicited' I mean the woman made the first move (in person, not on a dating site), and been very forward about their interest in sex with me in the immediate future. In that same amount of time, I have been solicited by men *every time* I have gone to a gay bar, pride parade, street fair, new years eve party, and several times in bookstores, at work, at concerts, at dive bars, on the street, and once actually had a male flight attendant tell me what hotel he was staying at for the night and give me his phone number. And I'm not particularly effeminate, so these guys either have spectacular gaydar or (more likely) these guys see their forwardness as not being at all rude, even though it only works a small fraction of the time. Important to point out, I am also small enough that I wouldn't pose any kind of threat in the "What if he's straight and is so offended he's gonna punch me for asking for the dick?" (aka 'gay-panic') worst case scenario. And yes, it does work sometimes: A select few of those dudes actually took me home. And on the other hand, there's only one or two that stand out as being offensive to me or reacted poorly to my refusal. 99% of the time, they take no for an answer because they know that within the next hour or two some other dude is going to say yes.

When men apply that same tactic towards women it is NOT appreciated. It's seen as completely predatory. In fact, some of the things I've had random dudes say to me at a gay club would get them flat-out pepper sprayed if they'd said it to a woman. Furthermore, straight men are waaaay more likely to get *angry* at a woman for turning them down, or "leading them on", or whatever rationale they have for it. Yet they keep trying.

So this gives men the impression that "women can have sex anytime they want" because there is a HUGE supply of willing dick... but there's not a demand. So the [dick is abundant and therefor low value](https://medium.com/matter/the-dickonomics-of-tinder-b14956c0c2c7#.1o3d4rid4) (please follow that link, it is amazing). Meanwhile, there is a HUGE demand for pussy, but it's in very small supply.

We can conclude that women have (on average) a higher standard and/or a lower sex drive than men. When I say higher standard, it's not as simple as attractiveness. It's a whole bunch of things, it can be very complicated and encompass a range of emotional and physical needs. Whereas for men, it's often *not even attractiveness*, attractiveness is a plus but all you really need is consent (even if that consent is transactional). Sometimes with men it's literally a hole in the wall that you stick your dick into and some unseen stranger sucks it on the other side. That literally is a thing. There's 4 of them in my town.

I think it says a lot that straight and lesbian culture doesn't have glory holes. And that almost all the lesbian pornography out there is being produced by male directors and sold to a male audience.

Men don't comprehend a womans experience of sexuality very well, so they just imagine "Well, what if I was a woman?" and the answer they arrive at is "Oh my god I'd totally fuck ALL THE TIME. These lucky women, they could be getting head every night from a different person!" ... as if that is something women want. I won't get into why, but it is obvious that it is not.

Men of reddit what nsfw secret do you want women to be aware of?

Enthusiasm is so much sexier than you think.

Women of reddit what do you fucking want for dinner?

I bet you can't get reservations for Dorsia.

What percentage of the women you know do you want to have sex with?