Yeah…creepy. This energy can come from men or women. Sometimes dudes are doing things that they don’t realize come off as creepy and for the most part I don’t really believe there are that many creepy people, its more like there are behaviors that girls find strange and when a girl finds something strange, she usually goes right to the creepy category because she’s unsure about where else to file the behavior. Sometimes she’s just dumb and doesn’t know what to do with the information — that doesn’t make you creepy, that makes her dumb, but that’s another article.

Top Five Creepy Things You Should NOT Do

There are, though, some more or less universal things that could pretty much be called creepy behavior across the board. You might do some of them, and you probably have some semi-legitimate reasons for doing them, but I suggest you put the kibosh on them because they aren’t doing you any favors and yes, its favors you are looking for at this point. 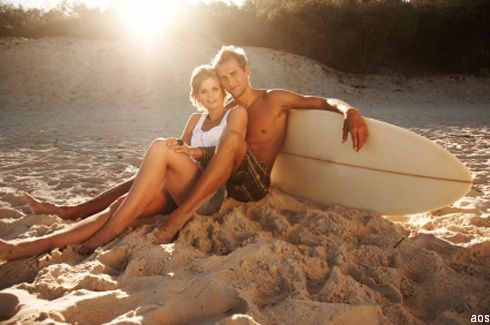 One: Speed Questioning: The Secret Questionnaire

Learning about your woman is great, it’s all about how. Sometimes a man, in his excitement, and usually nervousness, will ask questions a little too fast. One after another, after another, after….As one friend puts it, “it’s like a secret questionnaire” he’s filling out. A little normal ask, wait, talk, ask, talk, wait…goes a long, long way and is more effective to get her to open up than….ask, ask, ask, ask…. read how to talk to girls and how to have memorable conversations to avoid these mistakes!

Two: Laughing with Your Pretend Friend

The laughing out of context makes some women think that you’re thinking something sexual that isn’t in context. It can also come off as odd nervousness. Sometimes it feels like he’s having some secret conversation with himself in his head….or with someone else in there. There are so many variations as to what could be going on and none of them are good. Bottom line — stifle the urge to do it or go laugh in the bathroom alone if you’re sure she cannot hear you. Go here if you want to learn how to make a girl smile

Some looks work and some don’t. Some are smoldering sexy….and lingering. Hot. But that look works after we’re together. Before that, when I don’t know you, you have to give me the inviting stare and that’s really more of a look than a stare. It’s a look that says interest but screams warmth too. Easiest way to do this…smile. No need for the bared teeth, wolf smile if that seems too put on, but a small smile is important…a half smile…something that invites more than smolders.

The vague, fuzzy, hazy non-answer answers. Not spilling your life story – more mystery….playing so evasive that we cannot get past a first name and a current location…can start to seem waaay too hidden to the point of “why”…what’s he hiding?

There is a balance here that works. Gotta strike the right balance and watch her face if you are having trouble with this. A deer in the headlights look or stunned stony silence are clear indicators you’re veering off one cliff or another. To avoid this, read how to make a girl feel comfortable with you

When a man is alone, have a purpose for standing alone. If you aren’t with friends, talk to a girl, if there isn’t a girl to talk to, find someone to talk to. Standing alone in a place without any purpose can seem odd and can result in the behavior getting filed in the creep category.

Trial and Error if necessary, but whatever you do, keep at your game until you hammer it out and get any creep out of you.

What is it exactly that makes a guy creepy?

Any of the following, especially if it’s a guy you just met or don’t know very well: * Staring too much * Getting too close/making physical contact * Not smiling enough or at all * Calling her pet names * Making overt or covert sexual comments * Winking * Talking like you already know each other * Asking where she’ll be or what she’s doing later * Lingering * Not saying enough about yourself

What makes a guy who hasn’t approached you creepy?

My 2 big ones would be: – If someone is staring at me it can make me feel uncomfortable/unsafe. – If they are crowding my personal space.

What makes a guy creepy?

The difference between being a stalker and being dedicated is the attractiveness of the man.
Frequently Asked Questions

What is it exactly that makes a guy creepy?

Any of the following, especially if it's a guy you just met or don't know very well:

What makes a guy who hasn't approached you creepy?

- If someone is staring at me it can make me feel uncomfortable/unsafe.

- If they are crowding my personal space.

What makes a guy creepy?

The difference between being a stalker and being dedicated is the attractiveness of the man.