So there’s this girl you want to impress. She could be that hot blonde you’ve been chasing for years, that cute redhead who sits next to you in class or that sexy brunette in the bar. It doesn’t matter. What matters is that you’re attracted to her and you want to do something about it. Which brings you to ask the question on your mind – how to impress women without being obvious about it? 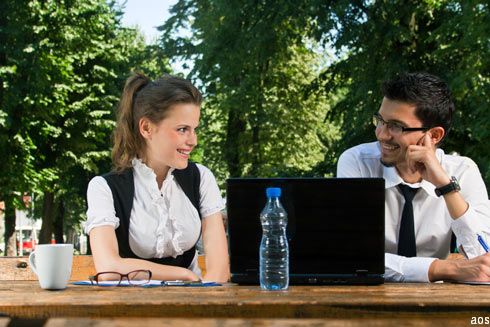 The secret to impressing women is to be an impressive guy. Now don’t give up straight away – every man has qualities that women find overpoweringly attractive. I want you to do the following.

Now what was the point in doing all this? Well, a woman can easily tell when a man’s driving force is a woman, and to them it is not very attractive. When they meet someone who actually has a goal or a purpose that is more important to them than a woman’s approval, they find it insanely attractive. Nothing is more impressive to them than a man with ambition and direction. For more information on that, read what do girls look for in a guy.

Of course, now that you have found out what it is that you truly love doing, should you rush out and immediately tell every woman you meet?

All you’ve done is turned your passion for this task into a cool story with which to impress her. Guys have a desire to spill out their life story at the drop of a hat. To really impress her will take something a lot of us find difficult – control. Hold back on the stories and details for a bit and listen to her. Show a genuine interest in what she has to say and what she’s sharing without constantly trying to think about what to say next. Eventually she’ll begin to wonder “Wow, this guy has listened to me for so long without trying to butt in. I wonder what he’s about.” Make her work to learn more about you and you’ll both get a lot more pleasure from it.

By adhering to these principles, you’ll soon find that you’re getting an increased amount of interest and respect from many more women in your life. By understanding what it is you’re really passionate about will lead to you having more interests in your life and well being while at the same time preventing you from placing excessive value on women and their approval. You will impress women by not talk endlessly about yourself and instead, slowly let them discover your life and your values. When you give a woman a chance to tell you about her life, she’ll be drawn to you because you’ll be one of the few that listens.

Straight women: how do you try to impress a guy?

Smile and hope that being somewhat conventionally attractive distracts him from how awkward I am.

How to impress women outside your social class?

I think the problem with you is that you're arrogant and obnoxious, not that you didn't grow up privileged.

How many of you would wear a zoot suit to impress women?

I'll do anything to impress a woman!

How can i stop trying to impress women?

I know it's really hard to overcome pressure to perform, but I can guarantee you that both men and women feel this pressure (as a woman myself, I would sometimes get so nervous before dates that I would throw up. There's a lot of pressure put on men, to be sure, but I think both genders have if difficult in different ways). The good and bad news is, many women are just as nervous as you are! I wouldn't look at it as someone impressing the other, but more about how well you two click. You mention this girl is very different from you, and that's not necessarily a bad thing, but neither of you should have to feel like you're tiptoeing around each other, either. Try to relax as much as possible and be the best version of yourself (note- that still means being yourself!). If it's meant to be, it's meant to be, and the right woman won't mind some awkward moments. Sometimes those turn out to be fond memories! I'll give you an example. My boyfriend of two years is a very nerdy engineer. I think his nerdiness is cute and endearing. I'm also quite awkward, even when I try not to be (the first time I met my boyfriend, I told him he looked like my ex). On our first date, after being friends for a few months, I tried to kiss my boyfriend on the cheek and grabbed his hand to lean forward. My boyfriend thought I was trying to shake his hand...and shook my hand. :') I thought it was cute and funny. Awkward isn't always a bad thing!