My friend was rapt with this young lady he’d met. “She’s not only hot”, he said to me with enthusiasm glowing in his eyes, “but smart and funny too – AND she is into Anime as much as I am!” She was a great match, and I was quite happy for him. Imagine how sad I got when two weeks later, he told me he was losing her. What had happened? The answer was in the latest text message she had sent him: “I need a little time to myself…” This is going to be about how to get a girl to chase you, so this never happens again.

Give a girl room to chase you

My friend had got carried away with this girl, and that’s how he drove her out of his life. Sure enough, she saw him a couple more times, but eventually, the relationship fizzled out and grinded to a halt. I’m sure she was interested in him at first: he’s a charismatic and passionate guy. If something ignites his excitement, he’s all over it, and he follows through. It’s actually attractive when a guy treats his hobbies that way: he knows so much about Anime, it’s sick. And that sparkle in his eyes when he talks about it – I can imagine his passion left a great impression on the girl.

But then, he applied the same enthusiasm to her. He really wanted her in his life (and who can blame him?), and it showed. Waaay too much. 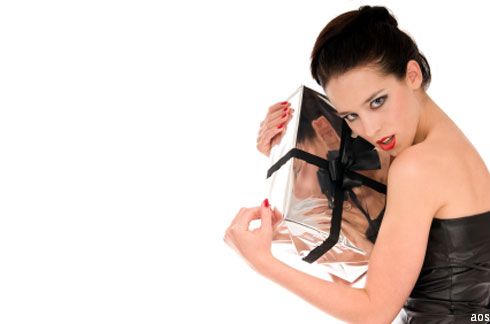 Instead of relying on nature to work its magic, he tried to “steer” the chemistry between him and the girl, and in doing so, he impeded the one thing that would have worked: a natural unfolding of affection.

Running In The Right Direction

If you listen to girls – for instance, in the subway, next to you in a café or, hey, you may be blessed enough to have female roommates – you will find that they talk a lot about men. They worry about their chances with that hunky fireman, or the cute photographer. They giggle when they talk about the latest guy they met, and get excited about when he’ll call them again. All this can only happen, though, if you allow the room for it: your job as a man is to throw her a bone and then let her come to you. If you throw her too many bones, she definitely won’t go for your boner.

What you should (not) do

Here’s a list of things you should not do when you want to get together with an amazing girl:

1. Don’t obsess about her, but give her room instead and give her the opportunity to think about you

Hey, that wasn’t too hard, huh?

Go about your daily business. Do your groceries, go to work, go out with friends, have fun, chat up other girls (hey, you need the practice), then text her when you feel like it. “Hey, I was out with my friends today and this reminded me of you (…).” I need to tell you: my friend pushed that girl really far to make her write “I need some time to myself” Don’t even get anywhere near that point. Just give her the space she needs and give her the gift of missing you from time to time. Before you know it, she’ll be chasing you instead of the other way around!