If there’s one common re-occurrence in the world of dating, it’s the fact that seemingly all guys get to a point where they say: “There’s just this one girl… I love this girl, you have to help me!”. Unfortunately, most of the time these guys haven’t even talked to this girl yet! So let’s make it clear right now, if you’re in love with a girl and you haven’t talked to her yet, then it’s not love. It might be lust, infatuation, attraction and possibly even obsession, and I’ll tell you, all of these things are very common and normal but it’s not love.

The most comforting thing is to realize you aren’t alone.

That’s right, there are hundreds of other guys that feel the same way that you do, hopelessly ‘in love’ with a girl and they don’t have the slightest clue on how to proceed in order to attract, seduce and make her fall in love with them. Don’t worry though, there’s hope and I’m going to show you how you can attract the girl of your dreams. 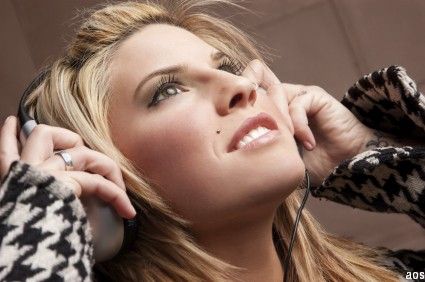 A simple model of love

If we were to over simplify an interaction between a male and a female, we’d have the following:
1. Man approaches the woman
2. Man talks to the woman
3. Man builds attraction
4. Man builds rapport, comfort
5. Man escalates the interaction into a more intimate one.
6. Couple falls in love

With this simplified model of human courtship in mind, where are you having problems? Some guys might be great at building comfort with a woman, but have no idea on how to build attraction. Similarly, you might be great at naturally building attraction, but you’re incapable of approaching and talking to women!

You might even look at this list and think: “Wow, well I need help with all of these!” Well that’s fine, so let’s just start the the beginning.

This is a skill you must have if you’re going to be successful on a regular basis with women. If you can’t approach women, then you’ll be stuck meeting ‘friends of friends, classmates and co-workers’ your entire life. Now this works well for some people, but it really becomes more of a game of luck rather than anything else. What happens when you see a beautiful girl you’d really like to talk to on the street, while you’re shopping… if you always rely on knowing a friend, it’s likely that you’re going to be missing out on a lot! Even within the same school or workplace, you’re likely not to have the same friends!

Now there are a lot of theories on approaching and all of them have their advantages, from direct approaches to indirect approaches, to using situational openers to opinion openers, from being completely open about your intentions to hiding them until the girl gets to know you better, all of these might work, it’s just up to you to figure out which one works best for you.

Personally, I love indirect approaches because I feel they are more natural. You get to know the person a little better before initiating a deeper, more engaging conversation with them. It might take a little more time, but then again, that’s the fun of it. It allows for flirting, slowly discovering the person and it’s the most comfortable approach for both the guy and the woman.

An example of an indirect approach would be to initiate conversation for a reason other than the obvious one which is to get to know her better. For instance, if you were both in the juice section of the supermarket, you could tell her you have to leave soon, but you wanted to try out a new juice, what’s her favorite juice?

It’s a simple question about juice, and the major pitfall of an indirect approach is that you don’t indicate any interest in her, but rather in the juice itself. So if you don’t follow up with something a little more personal, she’ll never know that you’re attracted to her. However, it’s a very low risk approach and relatively natural as well. It gets the conversation going, and from there, you need to steer it in the right direction in order to get to know her better.

Remember, if you start with an indirect approach, you must eventually make your intentions clear! Although some girls might immediately know that you approached them for a reason, the whole point of the indirect approach is to not immediately signal your interest. So keep the conversation going after you’ve initiated the conversation, and then don’t be afraid to show interest! She eventually needs to know that you’re attracted to her, and this should be within the first five minutes of the interaction.

Of course, during this time, you should have had sufficient time to build attraction to yourself so that when she realizes: “Oh, this guy is interested in me!” She’ll be interested in you as well. The main man for building attraction in record speed is David Deangelo. He has a way of putting things in a way that’s so simple and obvious, it’s impossible not to learn.

His book Double Your Dating is the one I’d recommend reading if you’re looking to build that attraction within the first 5 minutes of the interaction.