I knew a guy in school who had trouble slowing down or behaving calmly about girls. He would sneak up behind them and poke them in the sides, gesticulate wildly when talking to them, or walk about at parties tickling every girl. The last time I saw him, he was 28 years old and a virgin. In case you’re wondering, yes, there’s a connection.  His whole demeanor around girls was, tragically, rather weird and repelling – and it all started with his body language. The way you communicate with your body language is a major part of attraction, to the extent that it can make or break the deal: if you practice the right body language, the entire image you project will undergo a major shift. And you can practice anytime and anywhere. Let’s look at some main features to be aware of.

All right, slow down. This is not a race. Imagine you’re in a park and for whatever reason, you want to attract a squirrel. Are you gonna jump around like Earthworm Jim, or will you slow down all your bodily movement to an almost unnatural level and speak in the calmest voice possible? Never mind the species: we are all scared away by fidgety behavior, sudden moves or outbursts. If you can’t calm the heck down, no girl will want to be around you for long. 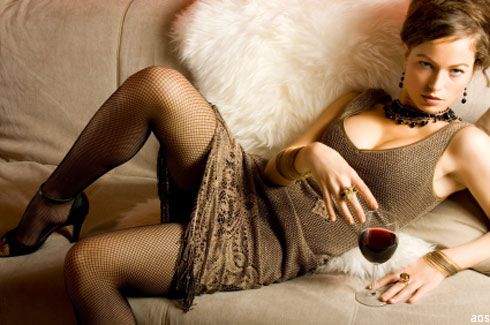 Watch guys like James Bond. Never loses his composure, that man. Always smooth and relaxed around women. You want to become like that. You want to slide into the room gently like a a soft summer breeze, with a calm and elegant flow to your movements, your voice, your actions. If you’re into music, think of going from “staccato” to “legato”. Listen to some Bryan Ferry, Jason Mraz, Jamie Cullum, Sade, Simply Red, Sting.

When you walk, savor every step you take. Put your feet down heels first and execute the step to its fullest, with the ground rolling away under your foot from the heel over the sole to the tip of your toes. Breathe slowly and deeply, hold your head high and keep your shoulder slightly back. Don’t bury your hands in your pockets: have your arms dangling freely, or put your hands together behind your back.

Always smile. Not like a slightly dense clown, but like a man that genuinely enjoys his life. In fact, just smiling will trigger a feeling of joy inside you – try it!

My school mate would literally penetrate girls’ space (and nothing else) with the way he placed himself full-on in front of them. The smart seducer, on the other hand, opens a woman in the least intrusive way possible. I watched a guy at a DVD store. Next to him, a girl was checking out action movies. Without even lifting his glance from the DVDs he was looking at, he calmly asked her: “Hey, do you like action movies?” A small instant passed while she realized he was speaking to her, and during that instant – no sooner – he raised his eyes to look at her, still standing next to her, not significantly turning his body.

It was one of the least intrusive openers I could imagine: there wasn’t even any eye contact when he first spoke to her. I stuck around, and even while they were chatting, he always kept the impression up that he was actually looking at DVDs and his mind was only partly in the conversation. He would hardly turn towards her or make any gestures to allow her into his space. As they talked a bit more, I could literally see her getting more interested: her feelings were surely telling her “here’s this laid-back guy talking to me, but he’s only half-interested in me. What can I do to get more attention from him?”

When she actually said something that interested him, he gave her a little smile (it was really like throwing the squirrel a treat) and slowly “warmed up” to her. She was actually working to get his attention, even though he was the one who initiated the conversation. The amount of attention you give someone will help to get girls chasing you.

Sorry to break it to you: shape matters. Lift some weights, and get your butt on the treadmill. Do your pushups every morning. You don’t have to become a Men’s Health cover boy, but you want to get a body that’s visibly taken care of. A good, consistent shape will signal that you’re healthy and have some discipline, and that will make you more eligible. It’s like that. While you’re at it, don’t just start working out, but get some more fruit and veggies into your daily diet. Keep eating meat, by all means, but don’t drench it in grease before you do. There are so many decent ways to make a healthy meal appealing.

As you work out and your bodily complexion improves, you will find that your posture automatically benefits from it – you’ll feel more dynamic and vital overall, and you’ll almost automatically walk more upright and with more purpose.

The right body language used attract girls radiates both confidence and health. With the changes above, you will get there without much effort, but remember to make these changes stick. If you learn them by heart like lines in a pre-school theater production, it won’t work – they can’t be routines you switch on when “necessary”. Your body language has to be a permanent feature of you that reflects your mindset and personality.

Which nfl players consistently have the worst body language?

Antonio Brown always adjusts his gloves when he goes out for a pass. That's a pretty bad giveaway. Does that count?

I think this is a reflection of Paulies being relatively older and more experienced in life/BB than the other houseguests. He's very confident, without the self awareness to tone it down that someone like Derrick had. I think that will be his downfall.

What body language signs do you give off when attracted to someone?

Is “popping a boner” the correct answer?

Anyone else find that they enjoy using body language?

Body language is the best tool for conversation. As they say it's 80% body language 20% verbal communication (or something like that).

Why don't they bring in body language experts?

...because it's not science.