You know that Green Day song “Nice Guys finish last”? When it comes to dating and women, this may be the most important thing you learn. Don’t be a “wuss”. Cuddly lapdogs may be cute and adorable, but if you’re the human equivalent, guess what: you are not getting laid. Today, I would like to add some extra vertebrae to your spine. Here we go: four new tips for your integrity.

Know your values and expectations

If you don’t know what you want in life, and in a woman, then you can’t go out looking for it. Oftentimes, we feel uneasy during an interaction or conversation, or we have some inner gripes about the way we’re being treated. However, the feeling is just a tad too vague: we can’t exactly put our finger on it and it’s not enough to push us over the edge. Heck, in fact, most of the times the feeling is there plain as day, but we simply don’t pay attention! Think about this: “A girl you were supposed to see calls you up and says: “Oh, I can’t go out on Friday, I’m meeting up with friends”. We feel uncomfortable, but we don’t listen to the emotion. I want you to take the first step: explore yourself and find what makes you uneasy. Some major signs that you are letting yourself be pushed around: 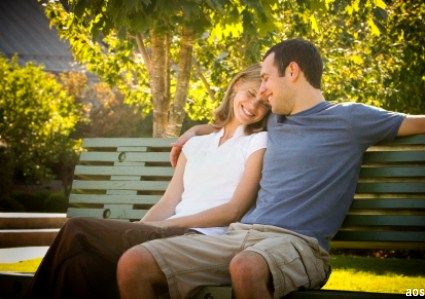 – She walks all over you.
– She’s flaking on you without valid reasons.
– She (ab)uses you.
– She’s not there when you need her.

Listen to Your Gut

Let me expand that: monitor your feelings while you’re interacting, live, right there and then. A woman may well do something that turns you off, and most of the times, she’s not even aware of the implications of her actions. That’s why it’s so important for you to be aware of your emotional responses. I used to think to myself after an interaction: “you know what? That person actually pulled a pretty mean one on me! And I let it slide.” Instead, I should have asserted myself and called her on her actions. When you aren’t afraid to call others out on their actions, you’ll be walking with your head high.

Of course, this goes for good responses as well. When somebody makes you feel great, that is something you should mention and reward! Make that emotion conscious, show it, and live it fully!

Once you realize where your standpoint, assert it. I’ll tell you something about me: I am into smart and ambitious women with many facets. I was on a date with a girl who had only one thing to show for herself: “I like to get drunk with my friends every weekend.” It turned me off big time, but I didn’t say it.

I would do so now, and so should you! “You know what? That’s kind of a turnoff for me.” What have you got to lose? It turns you off, right? So state the fact. It’s up to her to react. Other examples:

– “I get the feeling you’re only calling me when you want something. Sorry, I don’t want that kind of relationship.”
– “You stood me up once. If you’re planning to do it again, perhaps we should stop wasting each other’s time right now.”
– “You just want to be friends? Great! Then I’ll introduce you to my single friends and you can do the same for me.”

Don’t be afraid to piss them off

You probably noticed that the above may entail pissing a person off. Well, know what? It’s either them or you. Sure, it’s great to be friends with somebody, and we all want our human touch and good vibes. But how far are you willing to go for that? There are tons of people out there who could truly make you happy in return for you investing in them. By asserting yourself, you make your point very clear. If the other person values you, they will comply. If they don’t – well, you just saved yourself (and them!) valuable time and energy.

The fact of the matter is that your backbone is an important part of your attractiveness. These four tips will not only make you more confident and happy, they will also help you be more attractive: if you show that you won’t just bend with the wind, you will earn respect and female affection. You become a leader, not a follower: you’re the one in control of your reality now.