My friend just completed a workshop with Mystery, the man himself, and gave me some very interesting tidbits. Supposedly he gabbed about pickup for seven hours straight. Seven bloody hours! They didn’t do approaches in that time….no, Mystery talked. And talked, and talked.

I’ve always been under the belief that real world experience—like throwing a baby into a pool, is the best way to rapidly learn a subject. But how many babies have drowned? Isn’t it best to lead by example? (On a side note, read what you’ll learn if you do one approach per day)

“Did he do any demo approaches?” 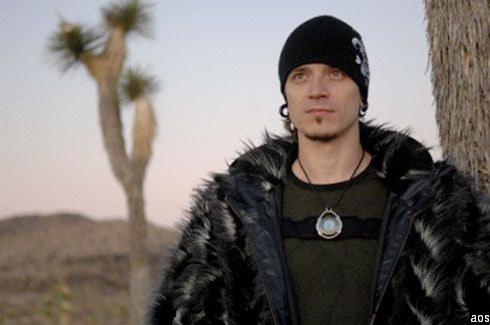 “He got blown out twice, and the other was a makeout with a cougar.”

Anyways, he did teach the same routines, the same club tactics, and did very few demos but my friend was ecstatic, completely satisfied and completely brainwashed by the man. I love it. Personally I would take his bootcamp (If I had an extra 5k). Why not? Here’s the lesson….

Gurus fail! All my friends are extremely talented…and they fail–lots. Hell…I have failed so much I could kill myself. Everything is just, “what it is,” if that makes sense. To be great at seduction, you must step into the fire and get burned. It’s a crap cliché I know, but learn to embrace failure.

Once I grabbed this girl by the wrist, and she opened right up. We were chatting along well and I said, “Hey, you have really soft hands. What brand of moisturizer do you use?”

She blinks a few times, tells me the brand, and say’s goodbye. I look over to her table and she’s speaking with a six foot tall douche type. He storms over to me and say’s, “Hey moth#$fuc@er! I’m the provider! What’s this creepy shit you’re saying to my girlfriend?”

A. That troll is your girlfriend? She’s an idiot.
B. Punch douche in face
C. Oh her? Yeah, I was totally hitting on her. Good work buddy! She’s hot! (With calm assertive eye contact.)

I chose C and he deflated. Most men aren’t ready to engage in combat. There are consequences. Years of frame control practice saved my life. All the times I have failed, saved my life. Or at least saved me from a severe and pointless beating.

So this is but one reason why coaches are shying away from demo approaches. There are many. Another is because students witnessing perceived, “failure,” aren’t in-fact failures. But up they go into online reviews. They expect their coaches to be no mere mortals, but gods, floating through the club hypnotizing all beautiful women. No. It’s not like that. (For a real club guide, read ours)

Some nights feel like this, but usually it’s a lot of small talk, a few back turns, and some good luck. Even Mystery can’t make miracles happen. He can be charming, and brilliant, but can’t ensure a stupid, low value woman won’t try to start a fight for her own sick amusement?

All men are mere mortals

The lesson you can take from this post? All men are merely mortal and the worst is yet to come. Every time you cold approach is a new, unpredictable adventure into the lives of strangers. Some of them are friendly and some are brutally unstable. You can do your best to be calm, assertive and fun—but you never know if you will land a make-out, or a knock out. That’s why you should do it anyway. Who wants to live forever?